■ Welcome to the World of The horoscope JIKU
Free from the time and place, We want to foretell it stylish anytime and anywhere.

It goes out to worldwide with The Horoscope.

The display of the horoscope and data was changed. 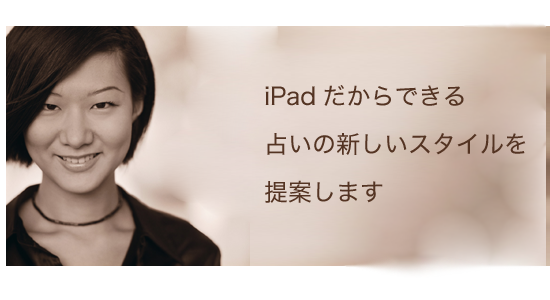 Let’s go out.
Then, let’s answer at that time.

When the companion gathers
Let’s cast a glance into the future by the horoscope.

It proposes the style with a new fortune-telling that can be done because it is iPad.

– Horoscope that stimulates sensibility
It unleashes annoying making the horoscope.
You can concentrate on feeling from the horoscope.

The horoscope JIKU stimulates the sensibility of the user by a beautiful interface.
It will be talked about various stories from a beautiful horoscope. 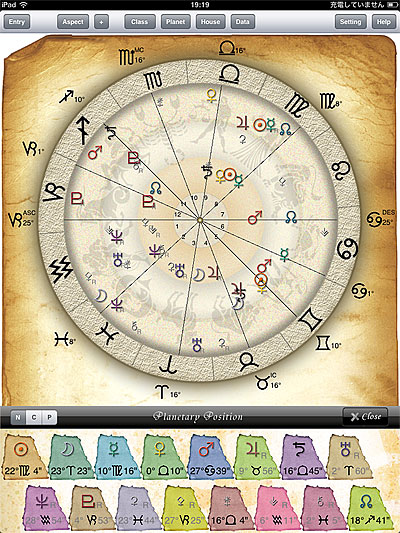 – Reliability of horoscope
There is an orbit computation of the planet in the basis of the horoscope.
HoroscopeJIKU is highly accurate data to be able to answer professional needs.
This high accuracy data supports the reliability of the fortune-telling by the horoscope.
To answer professional needs,
To answer a newcomer in the entrance of astrology,
We aims at the iPad application program that all people can be satisfied.
A basic set is a horoscope by ten planets.
If the option is added, it becomes a horoscope by 15 planets including the planetoid.

When (birth) time is a uninput because it doesn’t know time, it is drawn with solar chart

– World support
The input methods of the date and the place where the horoscope is drawn is also convenient.
The input at the date is a kind interface to people all over the world in the provision with the expression at three dates.

The input of the place can easily do specific at a more highly accurate position with Map for all over the world.

It corresponds to the time zone and Daylight Saving Time.

horoscope app of astrology for astrologer around the world